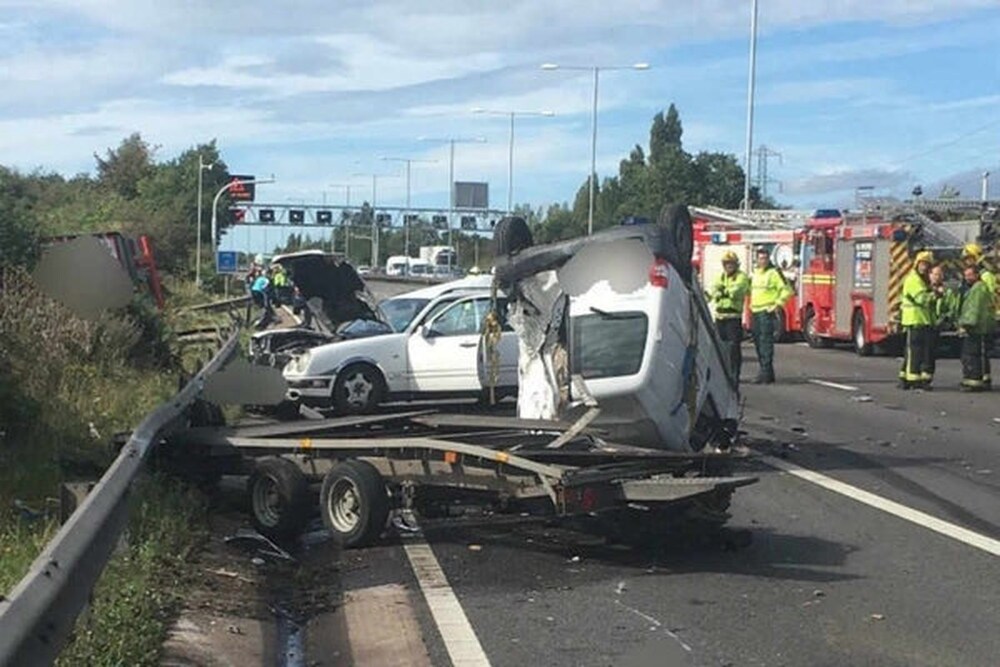 Across the country’s motorway network, miles and miles of roads are being transformed, with their hard shoulders turned into an active lane in a bid to ease congestion.

But not everyone shares the same level of enthusiasm for a system that has been controversial almost from the moment it was first dreamt up.

The AA has become the latest organisation to raise concerns about smart motorways, instructing its breakdown crews not to stop in them to help stranded motorists.

Instead, staff have been told to head to a “safe location” and wait for the driver’s vehicle to be moved there by Highways England.

We can assume that the choice of language used by the AA is significant, given that one of the key criticisms of smart motorways is that when a hard shoulder is in use, it immediately becomes a danger zone in the event of a breakdown or a smash.

These concerns are not unfounded, as there have been a number of accidents involving drivers stranded on the inside lane.

Tragically, some of these incidents have led to fatalities.

Such was the case with Anthony Marston, of Telford, who stopped his Mercedes E300 estate, between junctions 10 for Wolverhampton and 10a for the M54.

A Scania R450 lorry being driven by Michael Preston smashed into the trailer and Mr Marston was caught between it and his Mercedes.

He suffered multiple severe injuries from which he died.

Worryingly, it has now emerged that sensors which are able to detect stationary vehicles are fitted to just two sections of the M25 – a mere 18 per cent of Britain’s smart motorway network.

Yet Highways England has made no commitment to fitting the sensors to existing roads or those that already under construction.

This state of affairs is simply not good enough. If this country is to persist with smart motorways, then every inch of affected road must be fitted with sensors.

The most important consideration on our road networks should always be the safety of the public.

It is hardly surprising that the imminent publication of a review into the system is being eagerly awaited in some quarters.

Can't find what you're looking for?

Any cookies that may not be particularly necessary for the website to function and is used specifically to collect user personal data via analytics, ads, other embedded contents are termed as non-necessary cookies. It is mandatory to procure user consent prior to running these cookies on your website.